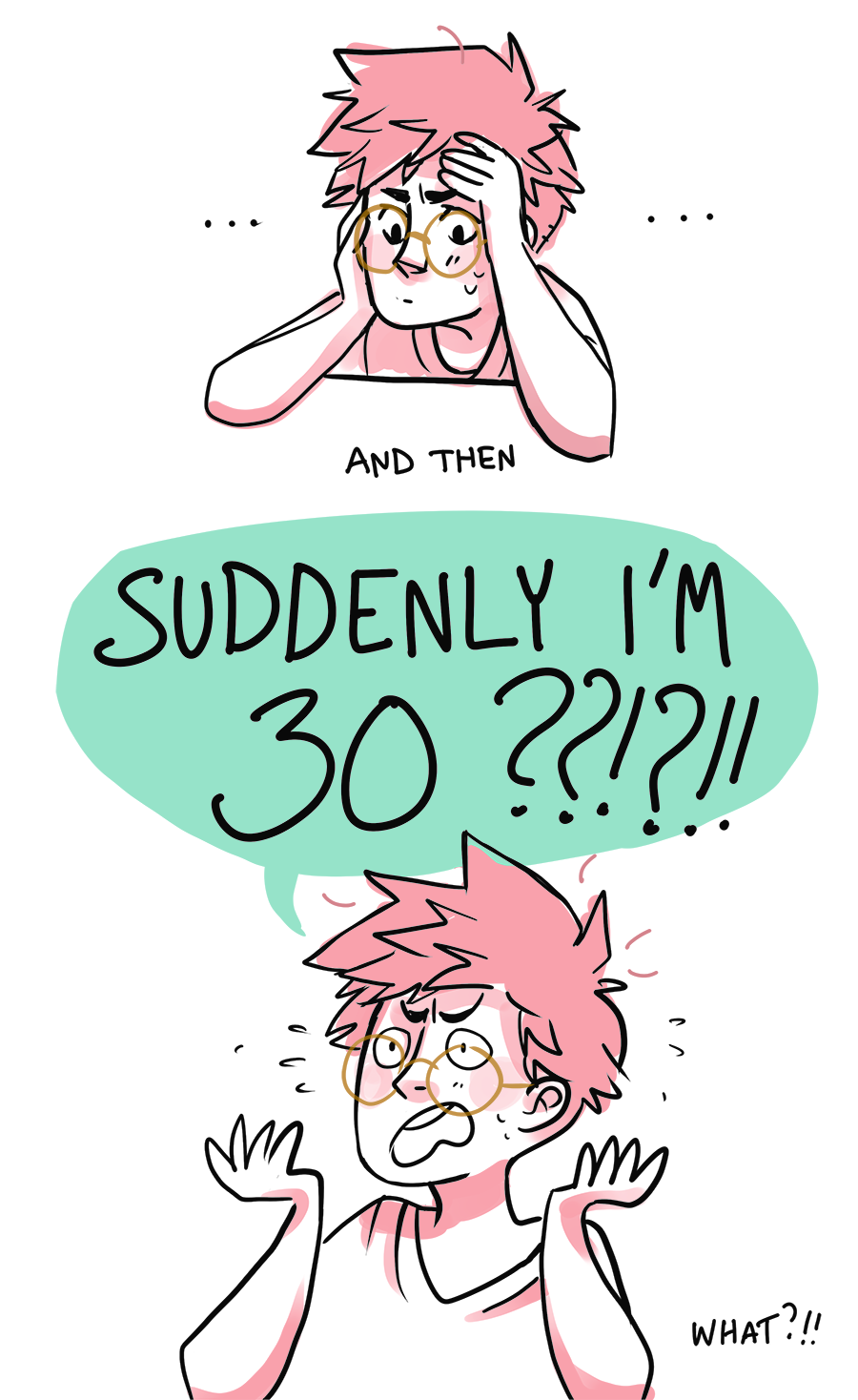 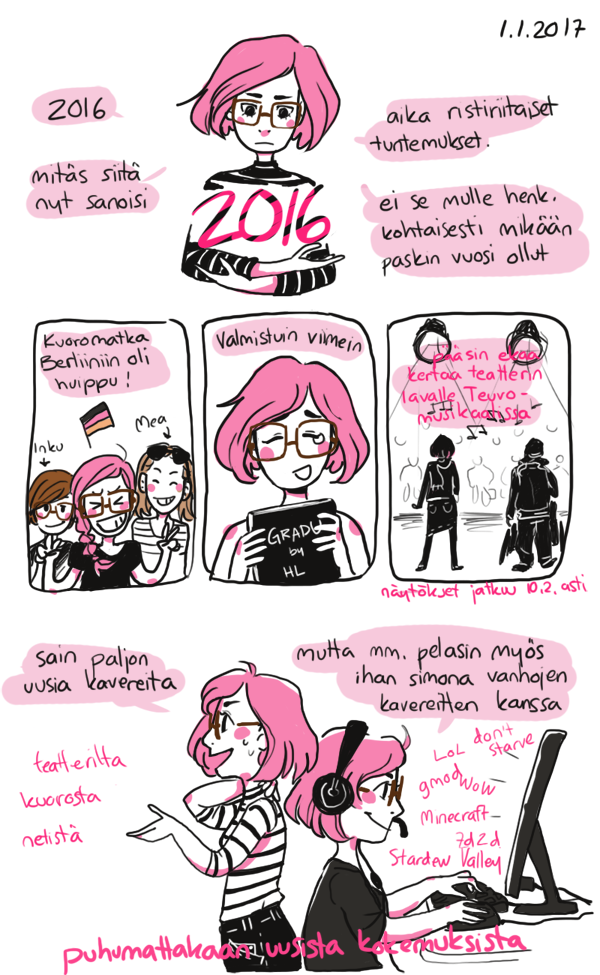 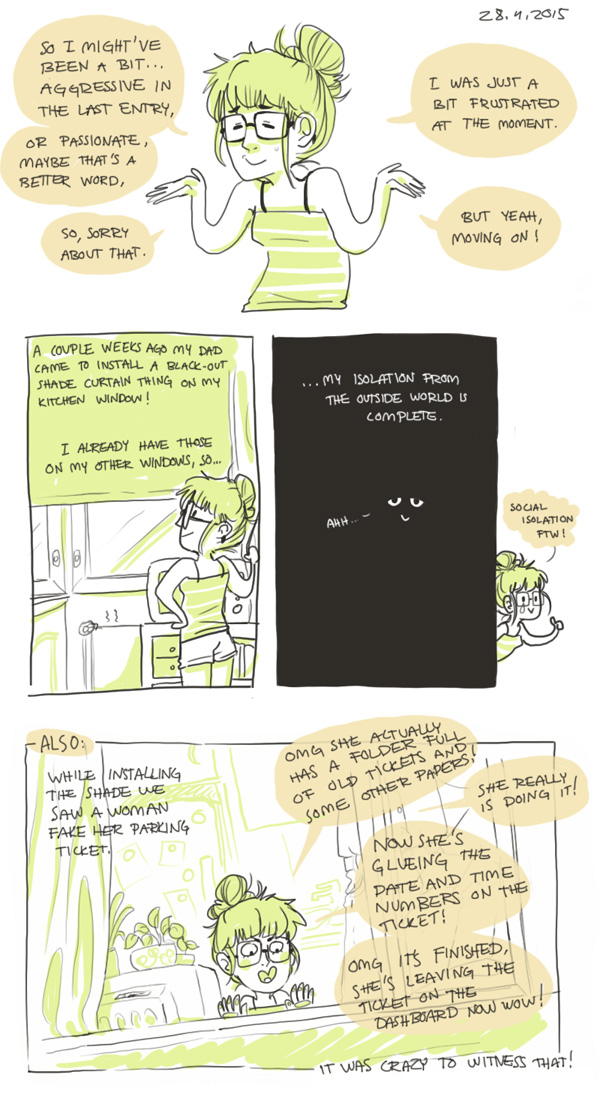 I’ll try and avoid making this blog diary thing really political, because that’s just, no, boring and complicated and stuff, but what happened yesterday, I just couldn’t be silent about it. 30 % OF FINNS DIDN’T VOTE IN THE PARLIAMENTARY ELECTIONS. That’s a huge number! That’s 1,6 million people! And they could’ve really made a change!

As it is, the victors of these elections are mostly conservatives, and the party that gained the second most seats in the parliament is known to be anti-LGBT, anti-immigration and most likely anti-feminism too, so (of course there’re probably some good people in the party too, but those of them who are on TV and magazines and wherever the most are usually very vocal about their homophobic and racist opinions). I am happy about the Green party’s success in these elections though, and even happier that my candidate, Li Andersson, got in with a huge amount of votes too, not to forget the other awesome young women who got in! So happy about those!

But still, I’m really, really scared of what’s going to happen during the next four years if the ’true finns’ party is accepted into the government. Really. Scared. 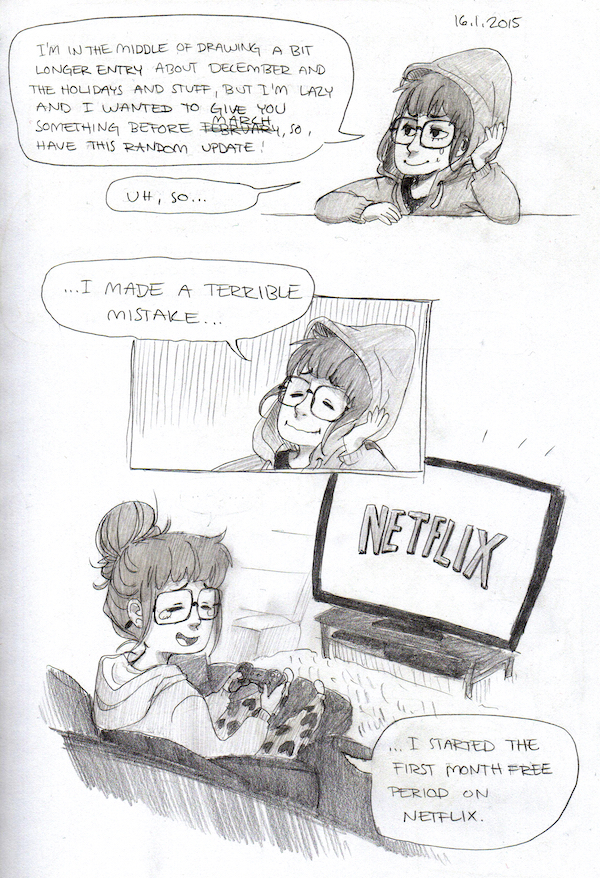 (Askdflj so sorry it took me so long to update again :’)) I suck, on so many levels, and this is so short, but hopefully I’ll be able to elaborate a bit more WHY I’m so damn late with this some time later. I SUUUUUUCK. So does my computer, and scanner. And stuff.) 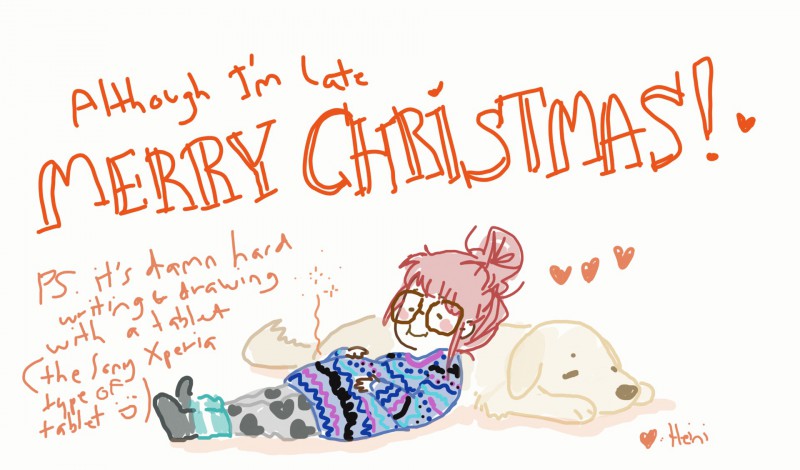 (skldfg SO HARD to do this with my tablet (again, not the drawing tablet -kind but the tablet computer -kind) and, well, Christmas was the day before already but it’s still kind of not over, so Happy Christmas everyone <3 I hope you have had the best of times! I for one am SO VERY HAPPY because we had snow this year <3 white Christmas is the best Christmas! Hyvää joulua kaikille <3!) 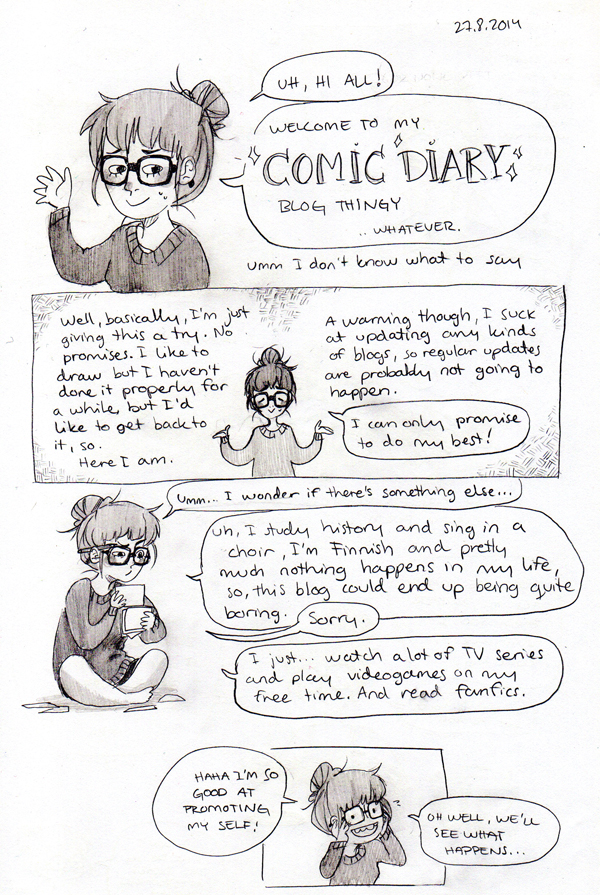 Omg I’m getting this thing started! Hopefully! I’m very, very hopeful about it…!

So yeah, just stating that if you want to comment you can do it in Finnish as well, I don’t mind any way, do what feels more comfortable to you!

(what do you mean I drew this already in August, huh, I don’t know what you mean.)

Me, myself and I

Summary of my life

2016 2017 2020 Christmas DAMN YOU NETFLIX dear diary what am I doing digital stuff disaPPOINTED Edwin (the tablet) makes an appearance again finland's parliamentary elections 2015 finland what ARE YOU DOING firefly what have you done to me haaste vastaanotettu I liiiiive! I mean what introduction I suck I want to rip something apart with my bare hands Katsu koronaepidemia life goals MMEEEEEE mun ruokatottumukset sukkaa Nella the family dog Netflix never drawing with Edwin ever again (feat. Edwin the tablet) new year nyt TEHDÄÄN eikä meinata politics sarjassamme en osaa kirjoittaa nätisti piirtopöydällä yhyy SNOW OH ALL THE SNOW yay snow! synttärit things I think are important that probably are not this is my life what am I on about youtube

Previously on my life